May 9th, 2019 (reprinted from WBS-TV Atlanta)  (The article below demonstrates that within the Run, Hide, Fight response, sometimes fighting is the most viable option.  The defensive actions initiated by one victim student likely saved countless lives as the attacker was able to eventually be overpowered.)

HIGHLANDS RANCH, Colo. –Colorado authorities arrested a 16-year-old girl and an 18-year-old man in a deadly shooting Tuesday at a public school in suburban Denver.

We’re continuing to follow any new developments in the shooting. WATCH LIVE on Channel 2 Action News at 5  and 6

The public charter school has 1,850 students in kindergarten through 12th grade.

Here are the latest updates:

Tuesday where they allegedly opened fire on classmates, killing one and injuring eight others, according to KWGN-TV.

Authorities said they found fire accelerants inside the house, but that the blaze caused little damage. 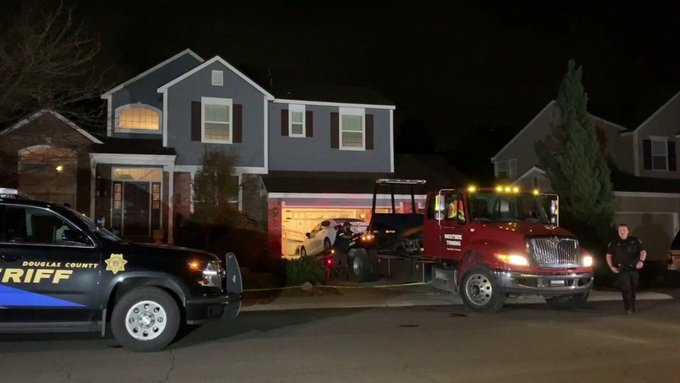 BREAKING: Both suspects in the STEM School shooting tried to set fire to the older suspect’s home before the shooting, according to sources. http://bit.ly/2LIsbo6

Both Erickson and McKinney are STEM School students. and both have court appearances scheduled for Friday.  McKinney is a juvenile, but Erickson is facing charges as an adult.  He’s facing 30 counts, including one count of first-

Update 12:05 a.m. EDT May 8: The two suspects accused in the mass shooting at STEM School Highlands Ranch made their first court appearance Wednesday, according to CNN.  Neither Devon Erickson, 18, or Alec McKinney,

16, were formally charged, CNN reported. Both are due back in court on Friday.  The news network, citing anonymous sources, said Erickson took both weapons used in the shooting from his parents and that both were bought

Update 12:40 p.m. EDT May 8: A classmate of Castillo’s told NBC’s “Today” show that the student killed in Tuesday’s shooting, identified as 18-year-old Kendrick Castillo, lunged at one of the shooters Tuesday, likely saving

“That’s when Kendrick lunged at him and he shot Kendrick,” Giasolli said. His actions gave students “enough time to get underneath our desks, to get ourselves safe and to run across the room to escape.”

Giasolli told “Today” that other students also helped Castillo to tackle the shooter. They “were brave enough to bring him down so that all of us could escape and all of us could be reunited with our families.”

“I can’t thank them enough,” she said. 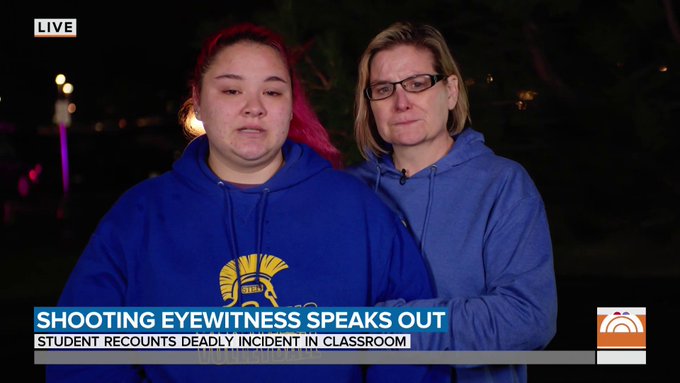 Nui Giasolli, student inside Colorado STEM school during shooting, tearfully thanks the heroic students who brought down gunman so others could escape

Douglas County Coroner Jill Roman has identified the deceased victim of the STEM School shooting as Kendrick Ray Castillo, 03/14/2001. We ask that the media please respect the family’s privacy at this time.

A classmate of Castillo’s told NBC’s “Today” show that he lunged at one of the shooters Tuesday, likely saving lives.

“Kendrick Castillo was three days from graduation. He loved robotics,” U.S. Sen. Chris Murphy, D-Conn., said in a statement posted on Twitter. “Yesterday, he ran toward the shooter to save his classmates. Read his story, learn his name and do not become numb to this senseless violence.”

Kendrick Castillo was three days from graduation. He loved robotics. Yesterday, he ran toward the shooter to save his classmates. Read his story, learn his name and do not become numb to this senseless violence. https://www.buzzfeednews.com/article/juliareinstein/kendrick-castillo-stem-highlands-ranch-school-shooting …

Castillo, 18, was a four-year member of the robotics team and would have finished his senior year in three days

About the Author: AVS